OUR HISTORY AND OUR PRESENT

José Macià García, Founder of Macià Hotels, was born in Granada in February 1919.

From a young age he entered the world of work, continuing with his brothers the shoe store business started by his father, Salvador Macià. After years in the sector, he discovered that there were other very interesting projects with which, in addition, he could offer an important service for his city. The Macià brothers turned their purpose into reality and in 1965 the Macià Building was inaugurated, intended exclusively for office rental; an innovative concept at that time.

Later, together with a group of friends and partners, they embarked on a new adventure; create a group of companies dedicated to real estate development in Andalusia and Extremadura.

But these were only the first steps. A few years later, he achieved what is now the cornerstone of the family business: his first hotel. In 1973 he founded his first hotel, the Hotel Macià Plaza, in the heart of the capital of Granada, where the increasingly habitual visitors of the city settle down for long periods to live and enjoy it.

In 1980 the Hotel Macià Cóndor was inaugurated, a base pillar for the development of the company and a benchmark in the Granada and Andalusian hospitality sector. In 1981 the Cafeteria Maite was opened on Calle Zacatín, one of the most commercial streets in Granada.

It is with the second generation incorporated into the family business, with José María Macià Zapata as General Manager when the business group develops its business to reach current figures.

With 46 years of experience and experience, MACIÀ HOTELES currently forms a leading consolidated business group in Andalusia dedicated to the hospitality, tourism, and catering sector, with a presence and presence in the provinces of Granada, Cordoba, Seville, and Cadiz.

With a great human team as the group's main asset and an offer of more than 946 rooms, MACIÀ HOTELES has a portfolio of nine 2 *, 3 * and 4 * hotels with an unbeatable location and state-of-the-art equipment, from which a permanent quality service is offered that allows creating the best environment and experience for each of our guests.

Our establishments are located in the center of cities with historical, commercial and monumental interest, ideal for enjoying a few days of leisure or work.

Since its inception, MACIÀ HOTELES has been committed to the client by offering a high-quality service, through the implantation of a culture of impeccable service and personalized attention.

Today, the third generation is incorporated into the property and management of MACIA HOTELES, with José María Macià Álvarez as General Director. With the values and commitments acquired, and with the support of the human and professional team, we face new challenges and hopes to reinforce and extend MACIA HOTELES and make their establishments your home in Andalusia. 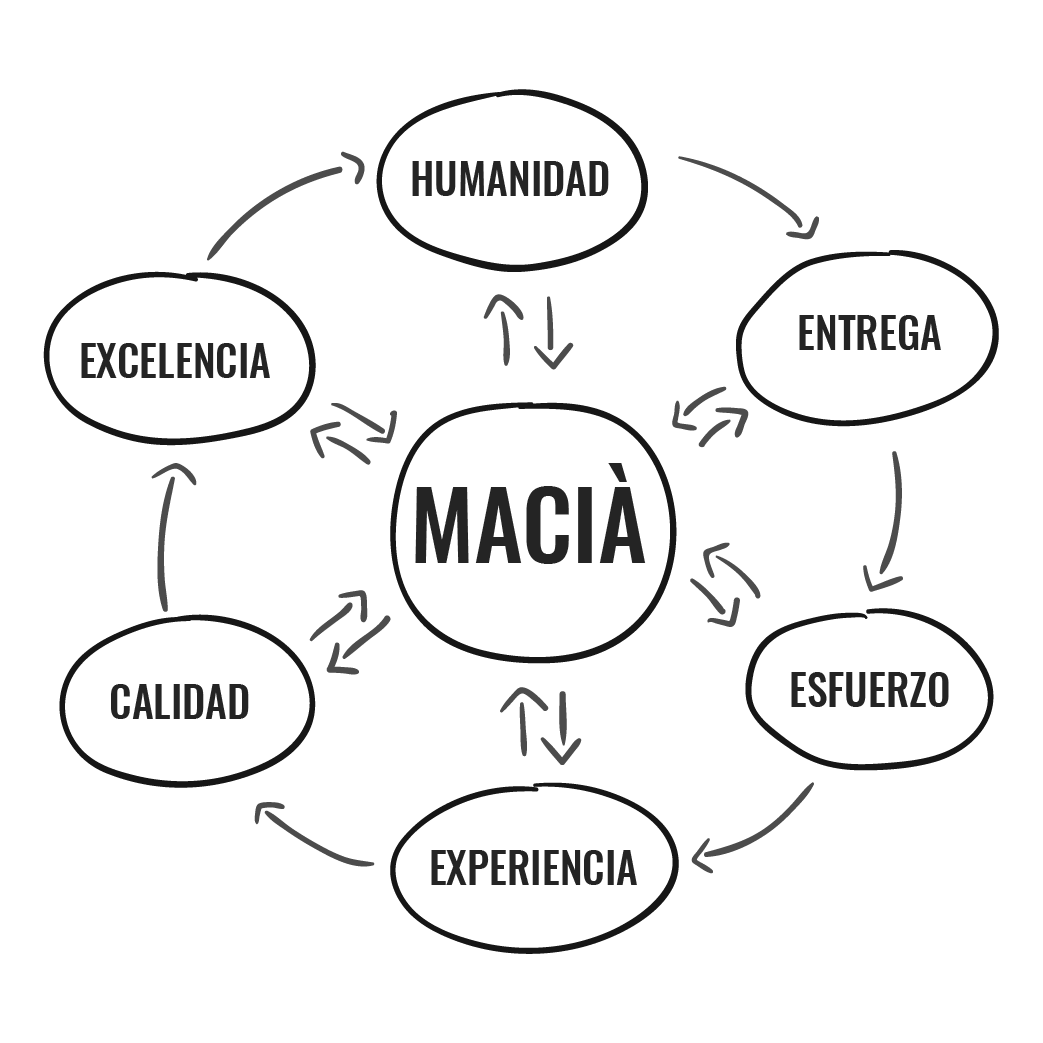 DO NOT MISS OUR OFFERS AND PROMOTIONS
Do you want to be up to date? Subscribe to our Newsletter and receive all our offers and promotions.